Rosane graduated from Eastern Illinois University with a BS degree in Art Education. She was initiated into Delta Beta chapter in 1968. She found sales and marketing more appealing than teaching and worked in various positions before moving to Georgia in 1995 to become sales manager for a small gift company and later office manager for a specialty gift catalog. After 16 years as owner and operator of Gwinncraft Embroidery has recently retired After graduation she served on Delta Betas Chapter Advisory Board and later a member of their House Corporation. In 1990 joined the University of Illinois Sigma Omicron chapter Advisory board and before moving to Georgia was the Advisory Board Chair. She has been a member of Gwinnett County Alumnae Chapter for 20 years and has served as Treasurer and President. Other activities include: Lawrenceville Woman’s Club as First VP membership for two years, Sunshine Chair and Chairman of the Education Community Service Project committee for two years, 3rd VP Fundraising for two years and heading publicity and Facebook positions.

Jean Ann was initiated at Northeast Louisiana University in 1987 where she studied Chemistry. She moved to Georgia in 1988 and completed her BS in Chemistry from Georgia State University in 1991. She worked at Zep Manufacturing Company in Atlanta for 5 years working in Quality Control and later in the Technical Services Department. Currently she is the owner and manager of Riverside Pizza in Dacula. She enjoys volunteering at 12Stone Church (Sugarloaf campus) and spending time with her husband, Scott, three grown children and her little Shih Tzu, Bella. 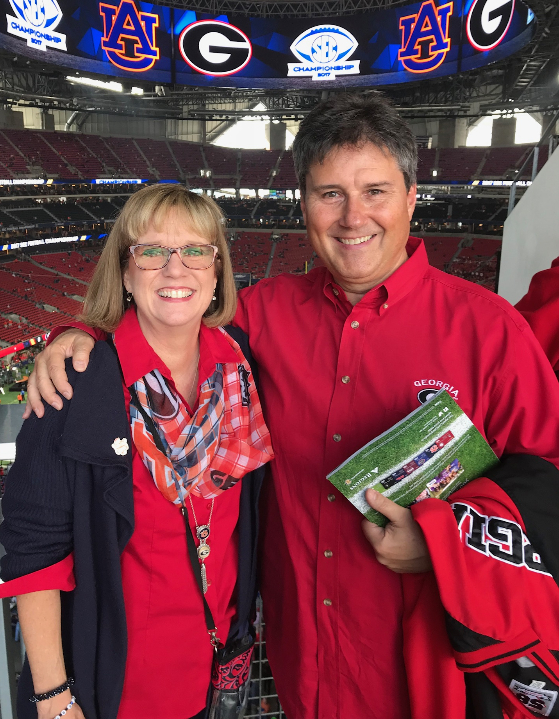 Lisa graduated from the University of Georgia with a BBA in accounting. She is a CPA and has worked at Arthur Andersen & Co. and Cox Enterprises, Inc. and currently works for HDC Properties, LLC & Weight Watchers. Lisa is a charter member of the Gwinnett Alumnae Chapter which was established in 1993.

Carole graduated from LaGrange College with a degree in early childhood education. In her collegiate chapter Carole held the offices of membership chairman, songleader and Panhellinic representative. She retired from teaching in 2012 after 30 years with DeKalb Counter Schools. Carole enjoys reading, volunteering at her public library, helping in a kindergarten classroom and singing in her church choir.

Amy was initiated at LaGrange College in the winter of 1987 where she studied graphic art and design. She was heavily influenced by her high school English and Journalism teacher who was also a Kappa Delta from LaGrange College. So, when the time came to sign her bid card, she knew exactly what to do -- suicide KD!! During her time at LC, she often held positions of KD Editor/Public Relations, and Alumnae Relations chair; Editor of the Hilltop News, the college newspaper and campus photographer for the Department of Institutional Relations. After graduating from LC in 1990, she went on to obtain her masters in Journalism and Mass Communication and became a member of Sigma Phi's Alumnae Advisory Board. Outside of Kappa Delta, Amy is active in the adult choir at First Baptist Church and also serves as the Newsletter Editor and Membership Coordinator for the Dixie Olds Club, the Southeast's chapter of the Oldsmobile Club of America. Amy is the proud owner of a classic, 1962 Oldsmobile Cutlass F-85 convertible which was a featured car in this past year's blockbuster hit, "Hidden Figures."

Mary Anne graduated from Northeast Louisiana University with a degree in Social Studies Education. She also holds a doctorate in education from Georgia Southern University. Having taught at Duluth High School for 25 years, she now works part time as a Field Supervisor for the University of North Georgia, overseeing student interns as they seek a teaching certificate. Mary Anne served as National Collegiate Advisor from 1973-1974 and as National Director of Pledge Education from 1974-1978. She also served at Membership Advisor on the Collegiate Advisory Board for the KD Chapter at North Georgia University from 1988-1990. Upon the recommendation of the chapter, she received the Order of the Emerald.

Robin joined Kappa Delta via the Epsilon Gamma Chapter at North Georgia College and State University in Dahlonega, Georgia. It was there that she met a KD sister who would become her best friend and sister-in-law. After graduating with a BS in Political Science, Robin worked for two US Senators here in Georgia. She currently works in healthcare and education as both an Echocardiographer and instructor of Echocardiography at a technical college. The Gwinnett Alumnae Chapter of Kappa Delta Sorority welcomed Robin as a member last year and is happy that she has accepted the position of Girl Scout Chair. Having been an Assistant Girl Scout Leader to her daughter’s Troop, Robin felt at ease with the role and looks forward to helping the Girl Scouts meet their goals. Additionally, Robin is involved with the Eta Omega Chapter of Kappa Delta at Kennesaw State University where her daughter is an active member and currently serves as VP of Operations. At home, Robin has a very active teenaged son and some very loved pets. Robin and her husband will celebrate 24 years of marriage in September.